To share your memory on the wall of Frank A. Rainone III, sign in using one of the following options:

Provide comfort for the family by sending flowers or planting a tree in memory of Frank A. Rainone III

Provide comfort for the family by sending flowers or planting a tree in memory of Frank A. Rainone III

Print
Frank Anthony Rainone III, 71, passed away January 12, 2021 in Arlington.
Visitation: The family will receive friends from 6-8 p.m. Tuesday, January 26, 2021 at Wade Family Funeral Home, Arlington.
Graveside Service: 12 Noon Wednesday, ... Read More
Frank Anthony Rainone III, 71, passed away January 12, 2021 in Arlington.
Visitation: The family will receive friends from 6-8 p.m. Tuesday, January 26, 2021 at Wade Family Funeral Home, Arlington.
Graveside Service: 12 Noon Wednesday, January 27, 2021 at Parkdale Cemetery, Arlington.
Frank was born December 31, 1949 in Houston to Carl Frank Rainone and Cherry Ruth Harrison Rainone.
Frank Anthony Rainone III (1949 ~ 2021) or Frankie to all his friends and family, was born New Years Eve in Harris County, Houston Texas to Dr. Carl and Cherry Rainone, while dad Carl was attending the University of Texas Dental School there.
Raised in Arlington Texas, Frankie graduated from Arlington High School in 1968, then attended University of Texas Arlington and Tarrant County Jr. College. As a young man he boxed in the Golden Gloves and played Optimist Little League Baseball on the original founders’ team, The Mayfield Lumberjacks.
Moving to California after a huge Texas going away party in 1973 (in which the invitations were dropped from an airplane!), he enjoyed his work as a rock drummer and limo driver in the film business. His California experience’s deepened his love for all things Hollywood and was a life long fan of the movies and music.
Returning to Texas, Frankie continued to play drums professionally with a band in Dallas for many years as well as working in the family fine art business, selling paintings at the Rainone Gallery in Las Colinas on the canal. He was deeply involved with and loved music being friends with many musicians over the years including Les Dudek, Ed Cassidy and Johnny Winter among many others. He was very astute and knowledgable when it came to rock bands and movie people.
Frankie with friends, attended the first Willie Nelson Picnic as well as the Texas International Pop Festival here in Texas, just after the Woodstock Music Festival.
Getting the wanderlust again, Frankie then moved to Sarasota Florida and wound up working in a local television station where he became an accomplished studio cameraman. Not being content with in studio shooting he began to shoot rock n’ roll shows and other events and eventually shot, produced, and edited several documentary’s, one of which was on famous Texas grave sites…with the assistance of brother Tom the Texas/Hollywood filmmaker Rainone.
Finally, moving back to Arlington, he settled into the Family place in Mineola East Texas where he became the head waiter for several Italian restaurants in the area, only to slow down due to an old leg injury and finally retiring altogether.
Always an avid outdoorsman, hunter, and fisherman his whole life, Frankie loved to deer hunt. While his brothers would kid him about being a lousy wing shooter, he was a surprisingly good shot with a rifle, usually besting his brothers with a nice buck on most outings.
On the one occasion he got to Elk hunt in Colorado, he brought back a fine bull. The home place lake as well as other area lakes in East Texas had him catching many hog black bass.
He also loved the Texas Coast, especially Port Aransas and went on many family fishing trips there as well as to Ports Mansfield and Isabel, catching King fish while deep sea fishing and spec’s and reds while on the intercoastal waterways.
Mother Rainone always told her sons that they had many Rebels in their family ancestry and when it was confirmed that indeed there were, Frank was deeply gratified and proud to know he was a Son of Confederate Veterans. His ancestors included one who was a co-signer of the order of secession of Texas from the Union as well as two great great uncles whose cavalry unit was at Appomattox at the time of the surrender. Joining the Arlington Sons of Confederate Veterans Colonel Middleton Tate Johnson Camp #1648 he attended meetings and enjoyed the historical aspects of his heritage.
Frankie was a lover of dogs and cats his entire life, having many throughout his lifetime. All were unique, being infused with Frankies personality.
He is preceded in death by his father Dr. Carl Rainone, mother Cherry Rainone and brother Thomas Rainone.
He is survived by his younger brother Greg Rainone and wife Suray and brother Peter Rainone as well as a niece, Emily Morgan Walters and grand nephews Cannen Walters and Conner Walters.

To send flowers to the family or plant a tree in memory of Frank A. Rainone III, please visit our Heartfelt Sympathies Store.

Receive notifications about information and event scheduling for Frank A. Rainone III

Receive text or email updates for Frank A. Rainone III

We encourage you to share your most beloved memories of Frank A. Rainone III here, so that the family and other loved ones can always see it. You can upload cherished photographs, or share your favorite stories, and can even comment on those shared by others.

Love, Mark and Claudia Hackbarth sent flowers to the family of Frank A. Rainone III.
Show you care by sending flowers

I was so sad not to be able to attend the services due to covid. There were seven of us cousins, all grew up together in Arlington a couple miles from each other. We’d all get together for holidays, or on weekends or any time.
As our cousin Terry put it, the Rainone Boys wreaked havoc and Thomas filmed it all!
Though it’s been decades, I’ll always remember Frankie the way we appeared in this photo. Me, Thomas, Gregory, Frankie and Peter. The Rainone Boys ruled!
Frankie fought many battles in his life. And fought well. Now he’s home with Thomas, Carl & Cherry, Frank & Jean, Fud & Brooder and our Nanny and Grampa.
Buonanima, cousin. Rest In Peace. See ya on the other side. - Johnny

Love, Mark and Claudia Hackbarth purchased flowers and planted a memorial tree for the family of Frank A. Rainone III. Send Flowers 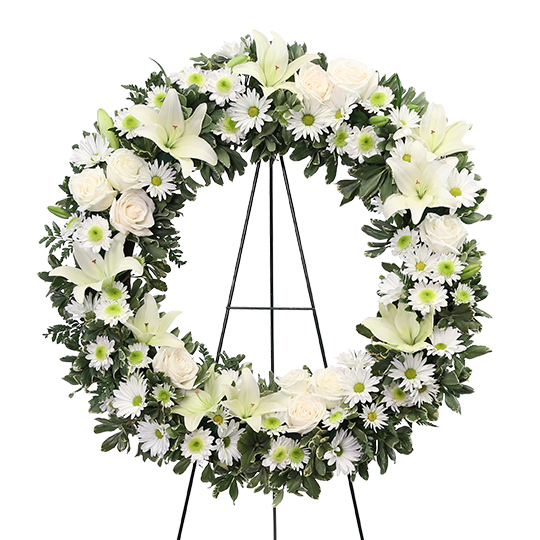 Flowers were purchased and a memorial tree planted for the family of Frank A. Rainone III. Send Flowers

Posted Jan 19, 2021 at 02:49pm
Frankie was my dear cousin - son of my Aunt Cherry, younger sister of my mother, Madelyn. As first-borns, Frankie and I shared a unique bond of growing up blocks from each other in 'Fifties and 'Sixties Arlington. Always a creative, sensitive soul, Frankie lived his life fearlessly to the end. When I moved out to East Texas twenty miles from him, we visited, reminisced about the old days as only cousins do. Godspeed, Frankie. Head out on the highway.....Love, Jill
Comment Share
Share via: