To share your memory on the wall of Margaret Capps, sign in using one of the following options:

Margaret (Mom / MaMa / Mrs. Capps / Maisey / Honey) was born on October 17, 1931 in Simms, Texas to Virgil and Essie Bettes. She grew up in Redwater, Texas with her eight siblings and attended Redwater High School. She was the oldest sister, so she had plenty of family responsibilities in helping her Mom. But she also excelled in academics and enjoyed volleyball and playing the trombone.

Once she graduated, her beloved Aunt Margie and Uncle Berthold Schlinke allowed her to live with them in Oak Cliff in Dallas, Texas so that she could attend Southern Methodist University to earn a degree in education. Her uncle died suddenly, so Margaret continued to live with her aunt and began her career in the insurance industry in downtown Dallas. She, and two other roommates, Junia Bettes and Pat Dunlap, remained life-long friends, supporting each other through the good and the bad.

Margaret was introduced to Nathaniel Isaac Capps who was serving in the Navy during this time. Margaret and Nick wrote to each other almost every day, as preserved letters verify. In May of 1957, they were married and started a family the following year. Their oldest, David, was born in Dallas.

Nick’s work took them to Alice, Texas where they expanded the family with two daughters, Janet and Susan. Later they moved to George West, Texas where many life-long friendships and treasured memories were made. Margaret was active in working with the youth at First Baptist Church. She often picked up and dropped off three carloads of children to make sure that all had a chance to experience a church community and Vacation Bible School. She was also very involved in the school activities and events of her children. Education was a priority, along with a proper attitude and appropriate actions. Respect for teachers and fellow students was not to be compromised. Margaret and Nick raised a very large garden that was used to not only feed their family, but any others that were in need or wanted fresh produce. They also contributed to the South Texas Children’s home with their time and money and made certain that their own children were exposed to giving. One also would see them taking the family to visit the elderly in a care home. Generosity was very much a part of their lives and their legacy.

In August of 1978, the family moved to White Oak, Texas where Margaret and Nick could be closer to his aunt and uncle and her parents. Many weekends were spent making trips to Quitman or Redwater to help in caring for and spending time with them until they passed away.

In 1983 Margaret was blessed with her first grandchild. Four others followed over the next few years. She invested time into each of them and treasured every moment. There were plenty of times where a group of teenage boys were sitting in her kitchen eating dinner and telling stories. Sometimes she would cook additional food if anyone was still hungry. Those were cherished moments.

Throughout her life, Mom was devoted to her family, her friends, her church, and those in need. The door of her home was always open to welcome others. She had a dessert prepared, along with a cup of coffee, for anyone who might stop by. And her ears were always ready to listen and provide advice if anyone asked for it. Otherwise, she just listened. She took time to send countless notes of encouragement to others.

Revelations 5:8 talks about the golden bowls of incense which are the prayers of His people. Depending on the size of the bowls, there is possibly one filled with just Margaret’s prayers. She was a strong believer in God and in the establishment of a relationship with Him.

She was preceded in death by her husband, Nathaniel Capps; her parents, Essie and Virgil Bettes; her brothers, Junior, John Wesley, and Cecil Bettes; and her little dachshunds.

The family is grateful to the staff at Satori Care Home in Arlington who loved and cared for Margaret and the family, especially in this very difficult environment. Jeremy Tomsic and his team truly made it home for her and found laughter with her in the most difficult of times. They are also grateful to Monica and St Gabriel’s Hospice for their guidance and empathy.

To send flowers to the family or plant a tree in memory of Margaret Mae Capps (Bettes), please visit our Heartfelt Sympathies Store.

Receive notifications about information and event scheduling for Margaret

We encourage you to share your most beloved memories of Margaret here, so that the family and other loved ones can always see it. You can upload cherished photographs, or share your favorite stories, and can even comment on those shared by others. 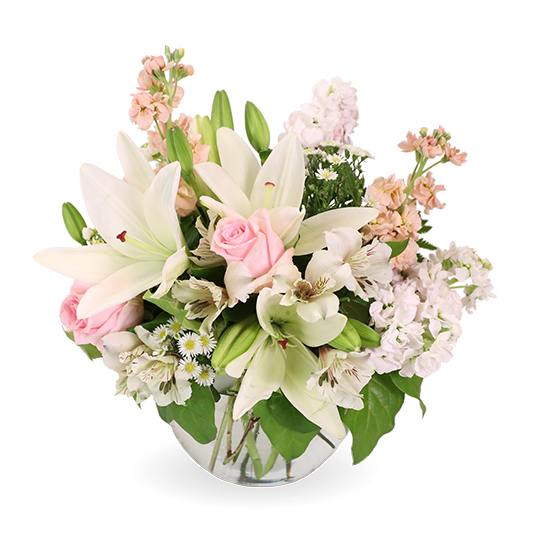 Flowers were purchased for the family of Margaret Capps. Send Flowers